Grand Designs Live 2016: Self Build on a Shoestring 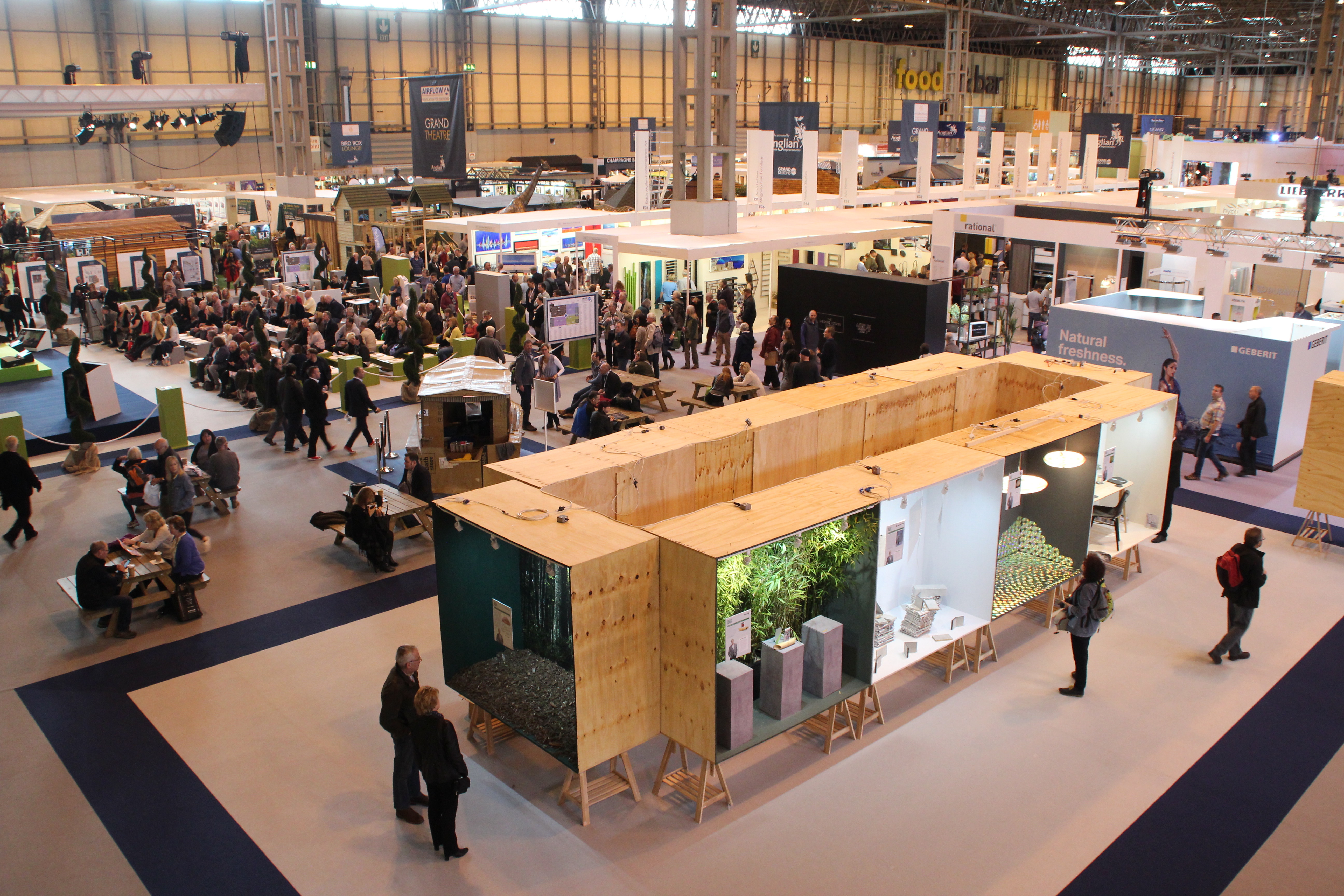 This year’s Grand Designs Live was held at the Birmingham NEC, 19-23 October. This is a huge show with over 500 exhibitors – including areas for self building, interior design and gardens. The annual Self Build on a Shoestring competition asked for designs for a cost-effective starter home.

Self Build on a Shoestring: Competition Brief

Self building is often thought of as a privilege, only available to wealthy ‘grand designers’. According to a recent poll, 53% of the UK population would like to self build at some point in their life. Despite this, rates of self build are staggering low: only 8% of new houses in the UK per year.

In the current housing crisis, more self building is clearly desirable. With high land and build costs, the challenge is to make self building much more attainable. The Government defines starter homes as properties for first time buyers, costing less than £250,000 including the land (or less than £450,000 in central London). The competition organisers (Grand Designs Live and the National Custom and Self Build Association, NaCSBA) believe it is possible to self build for much less than this.

Therefore, this year’s brief was for a starter home of at least 65m2, that can be fully finished for under £50k. Not only cost effective, entries needed to be ‘green and beautiful’. The construction system had to be highly versatile: usable as a detached rural property, or in dense developments of terraces or flats.

Presenters NaCSBA Chair Michael Holmes and architect and TV presenter Charlie Luxton noted that several themes emerged amongst the entries. These included buildings using stacked shipping containers, or newly constructed wooden modules. Some of the top entries had a broad vision that expanded upon the brief: these were founded upon community involvement and training.

Designs came in not only from across the UK, but also Ireland, Australia, Vietnam and Mexico. The top 5 shortlisted were:

Half a House is a steel frame 3-storey house, potentially built for just £45.4k. It involves a contractor building the front part of the house, which would be fully inhabitable. The design allows a self builder to add on to the back when budget allows. Not only cheap, the finished frontage should help with councils and planners, who may be worried about a staggered build being a blight on the area.

The Coffee Cup House was an intriguingly topical response to the news that the vast majority of disposable coffee cups are not recycled. This system involves making structural panels from coffee cups (2 boards with processed recycled cups in between), with additional shredded cups as insulation. The predicted build cost is just £40.3k.

M-House is a system of factory-built timber modules. This is highly flexible, as they can be fixed together in any combination, to build detached or terraced houses or flats. Building the modules in a factory also reduces building site waste of materials. The estimated cost of a 70m2 2-bedroom starter home built this way comes in just under £50k.

According to the judges, the Self Build Guild ‘highlighted the huge savings possible when people build collectively’. The concept was inspired by ‘Protohome’, a self build project by the charity Crisis. Crisis trained volunteers in basic timber jointing, who then built a home for £7000 in only 12 days.

The Self Build Guild would be a member-owned cooperative organisation, that uses collective buying power to obtain good value building land. The co-op employs experts to train them, and they set up a workshop for building timber house kits. A co-op can bring together people with different and complimentary attributes: some may have more time to contribute; others, more money.

The winning concept was Modulhus, by Bristol self build co-operative Ecomotive, working with planning consultancy Barton Willmore. Impressing the judges because it ‘looked at a whole process’, the design consists of simple modules. These are 4.5m wide by 2.7m high, and can be connected together to create a stand-alone home, terraced housing, or flats and maisonettes. The timber I-beam walls are 300mm thick and highly insulated. As well as being economical to keep warm, the concept is environmentally friendly as the materials are mainly recycled or sustainably sourced.

Because there is no need for any internal structural support, just about any interior layout can be accommodated. Meanwhile, a large variety of styles are possible, using timber or brick cladding, or render. To keep costs down, a Modulhus can be provided as a basic shell. Alternatively they can be part finished – a ‘self-finish’ 66m2 2-bedroom home would cost £49,644.

Ecomotive Director Jackson Moulding explained that community cohesion is at the core of this idea: the intention is to encourage people to work together to build their homes. Similar to the Self Build Guild, the Modulhus team propose setting up community-based temporary training and production facilities.

Aoife Marnane from Limerick designed a house in combination with a mobile phone app. A self builder can use this to design a house on their phone, and various customisation options can be incorporated. Marnane predicts her 67m2 home to cost £47.6k to build.

Meanwhile, Alan Lau Architects designed the Hometainer Modular House, which uses two 40ft reclaimed shipping containers as the core structure. Similarly, Mi Casa, by Christopher Holmes, Anastasia Stan and Max Friedlander, is a system in which a shipping container is used as a temporary home, while a house is built around it.

Some of the most interesting competition entries featured efficient factory-style production and community involvement. The ideas work towards self build being an affordable way to tackle the housing crisis. Added to this is the potential to increase the sustainability of new homes in a way that is driven by occupiers not developers.

Self building has further potential benefits. Harper Perry, proposers of the Self Build Guild, argue that projects like theirs can provide people with new skills, improve their sense of self achievement and give them a creative output.

Meanwhile, optional written agreements can enable co-operative projects to recycle some of the profit when people sell on. Putting profits back into the scheme can provide funding to allow the less well off to self build.

Reconfiguring self build to be attainable for a far greater proportion of the population is a challenge. The higher financial outlay compared to a standard mortgage deposit, and the availability of suitable and affordable building land are severe hurdles. However, schemes like these could be kick-started with Government grants, and co-operative schemes may become self sustaining. Factor in economies of scale, and the potential is enormous.

For more information and PDFs about the proposals, see the NaCSBA page about the entries.